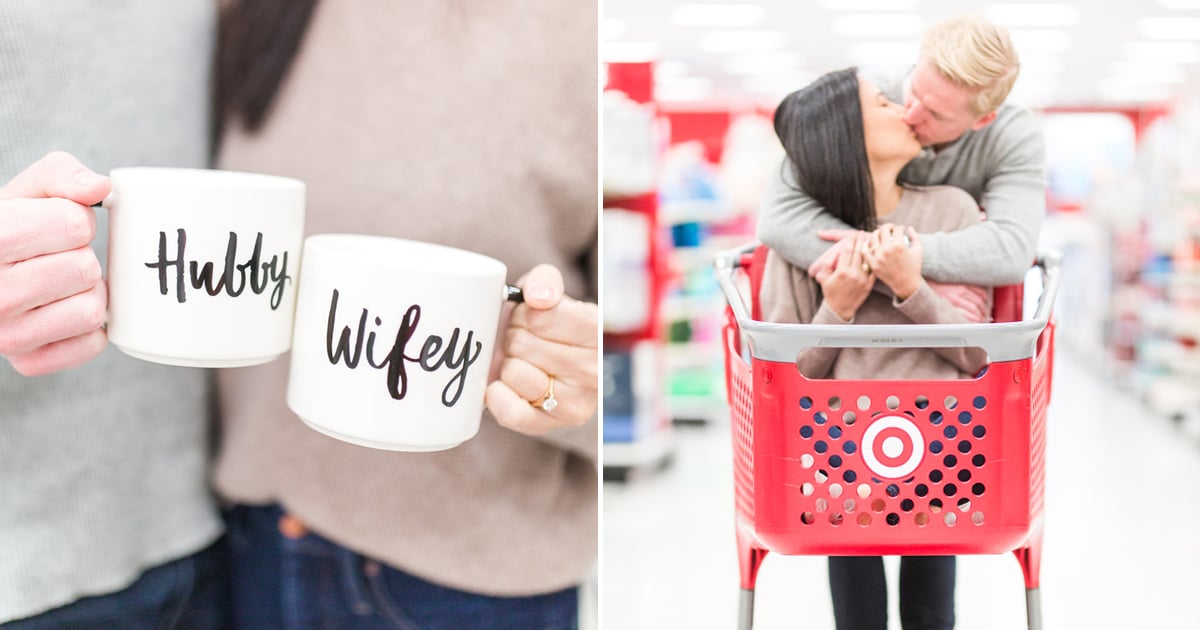 This Couple Had Their Engagement Shoot at Target, and the Photos Are So Relatable squib

If you've ever found yourself arguing with a friend over who loves Target more, just know, this couple have you beat. Dyann and Doug took their love for Target to a whole new level by capturing their engagement shoot inside the Dallas store, and honestly, it's so relatable. From pillow fights in Target's aisles to riding bikes in its outdoor department, splitting a bag of pizza rolls in its frozen-food section, and even sharing a few smooches in its home aisle, we're absolutely smitten by their playful photographs. Dyann and Doug's photographer, Sami Bruemmer, even adored the shoot, saying, "It was such a blast capturing their love!"

If you're now considering having a photo op in Target (as am I) or simply intrigued to see the rest of this lighthearted shoot, have a look through the photos ahead!

Related: This Office-Themed Wedding Deserves ALL of Michael Scott's Dundies