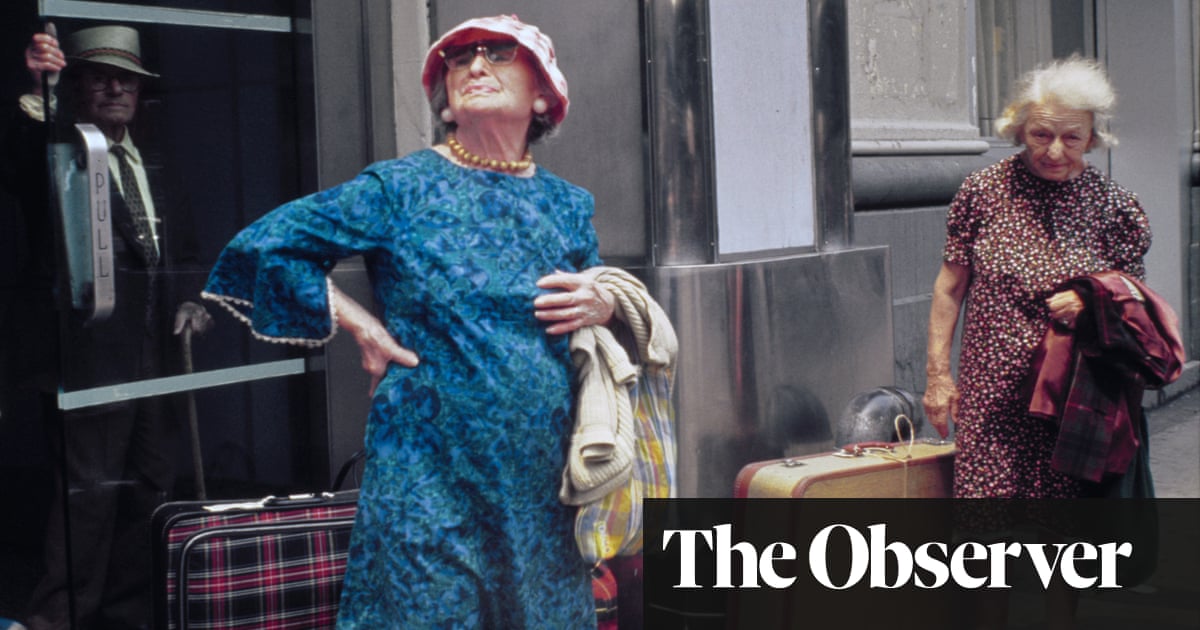 The big picture: New York with ladies and luggage squib

Helen Levitt was born in New York in 1913 and died there in 2009, at the age of 95. She had a considerable reputation as a photographer but, in the years to come, it seems to me, we will cherish her still more warmly and regard her work even more highly. The black-and-white pictures from the 1930s and 40s – kids playing in the streets, old people keeping a watchful eye on the neighbourhood – have a lyrical grace and a rough-and-tumble tenderness. The kids are having a lot of fun – even if that fun involves someone getting hurt – and it’s fun looking at the pictures. They’re easy on the eye in the way that Anna Karenina is easy to read compared with Ulysses. Henri Cartier-Bresson was a decisive influence but Levitt seemed happy to survey the flow of life casually going about its unruly business rather than pouncing on instants of suddenly perfect visual geometry. Her photographic moments, as a result, contain entire childhoods, whole lifetimes of everyday disappointment and routine happiness: the kind of stuff we associate with narrative fiction rather than photographs.

In the 1950s she began shooting in colour – not as a formal experiment but as a natural extension of the urge James Agee had observed in the earlier black-and-white work: “to perceive the aesthetic reality within the existing world”. When almost all of this colour work was stolen by a burglar she started afresh in 1971.